…is underrated. People often say, ‘One person can’t make a significant change. Change needs to happen at the industrial level.’ But the thing is, there are a lot of ‘one persons’ like this and they make up the majority! The latter part of the argument is valid, but do these people not realise that big industries are part of society and are influenced by the mentality of the population at large? Demand creates supply. Companies have to sell what is on demand.

But it is not so black and white. There is a dilemma. Plastic is versatile. Its versatility spread itself everywhere, in all kinds of departments. It became very very widespread before the general public realised just how harmful it is, in the sense that it virtually never decomposed, thus accumulating on the earth and released toxic chemicals in instances like plastic-lined containers being filled with hot food or beverages, off gassing from PVC objects like most yoga mats and burning plastic waste. Now, the dilemma is that since plastic is already so widespread, the demand is dependent on supply. When products with plastic packaging are the only ones widely available and affordable, the consumer is not left with much of a choice.

However, have you noticed the recent rise in sustainable, green products? Where has that come from? It is demand! People talking about plastic’s ill effects, reading about it, spreading awareness on social media, buying from, and promoting eco-friendly brands... Consumers have powers. Even though it is the responsibility of companies to reduce or replace the plastic in their products, it is a problem for everyone and our complacency just encourages companies to continue producing plastic as they are.

‘India generates around 26,000 tonnes of plastics every day from urban areas’ (thehindubusinessline.com). And we cannot keep generating it forever. We have to make the transition to better alternatives eventually. The sooner we do it, the better, because we are already running out of landfill space to dump waste containing plastic waste along with organic waste, of which, the former is toxic.

Support sustainable brands if you can. The more support they get, the bigger they will become, the more people they will employ (this is another plus because sustainable brands, as I have noticed, also practice fair trade, i.e. treat their workers fairly and give them a living wage), and the less waste is generated. Very few people are able to eliminate disposable plastic in their shopping completely or reuse all of it, but if everyone does as much as they can, the cumulative effect that I have mentioned in the title..., i.e. their efforts will add up and plastic waste will be reduced by a large amount. Never underestimate the effect of you saying no to a plastic bag, because there are many people like you, saying no and each of your actions add up. Again, if every person who keeps buying plastic, thinking that they cannot make much difference, starts avoiding it, imagine how much plastic waste will be reduced.

There are innovations happening every day. Bubble wraps are being replaced by cardboard cuttings and rolled, bundled paper. Amazon is eliminating plastic in its packaging. A recent Amazon order that my house received had paper tape wrapped around the package instead of the usual plastic one. Myntra is now sending its clothes in paper envelopes.

There are companies out there that practise zero waste too. No Nasties is one such clothing company that ships its clothes in reusable bags. Green Mantra, a zero-waste general store in Bengaluru, is another. They use glass jars and steel containers to store spices and grains and offer the same to their customers as packaging, (who can also bring their own) along with paper and cloth bags (Swachhindia.ndtv).

The durability of conventional plastic is a boon but replacing it where it can be replaced by better alternatives and using it only where it is required and does the job better is something companies as well as consumers could try to do.

I will sign off with a quote from the daring teen who didn’t and doesn’t hesitate taking matters into her own hands:

And yes, I know that we need a system change rather than individual change, but you cannot have one without the other. If you look through history, all the big changes in society have been started by people at the grassroots level. No system change can come without pressure from large groups of individuals.

Prashant Palane said…
Yes platic is an issue but we are not using it correctly, we have to use it properly according to our needs.
I think plastic is not culprit. We are the culprits by using plastic in a wrong way
Tuesday, November 3, 2020 at 7:29:00 AM GMT+5:30

Prashant Palane said…
And also about dumping ground many people have came with idea zero garbage it is very good and easy project. We can start it on the ground level and we can use this garbage in various purposes.
So, I will post this topic in coming days stay tuned for that.

Apurva Rathod said…
I agree that if we use plastic properly, a lot of the plastic crisis will be reduced. Like taking new plastic bags for each grocery trip should be avoided.
But plastic also has cons like they release volatile organic compounds (VOCs) in the air. For eg: Many yoga mats are made of polyvinyl chloride which is the most toxic kind of plastic. It releases dioxin which is a carcinogen. And these yoga mats cannot be recycled either. Hot food in plastic lined containers can release chemicals that are endocrine disrupters. So plastic is a culprit too.
Monday, November 9, 2020 at 1:37:00 PM GMT+5:30

Apurva Rathod said…
Zero garbage is an initiative that I like. There are places that do it efficiently. That indeed is something that more people should look into. My only concern with it is that recycling plastic involves cutting it up and melting it. The melting releases harmful chemicals. I will have to look into what precautions are taken to prevent the toxic fumes from harming people.

Then there are also people who lead zero waste lifestyles without involving plastic. Large scale though, plastic recycling is required to take care of the large amount of plastic people dispose of everyday.
Monday, November 9, 2020 at 1:46:00 PM GMT+5:30 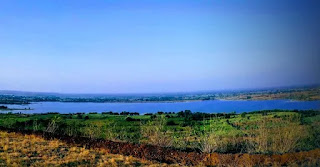